On January 22nd, 1973 the US Supreme Court announced its decision legalizing abortion.  For the last 43 years we have been living, and dying, with the implications.

Yesterday Frederica Matthews-Greene posted a compelling essay in which she predicts that future generations may look back in dark amazement at this chapter in American history. She suggests we may be approaching a tipping point, but not where we might expect it.

The article also follows her own journey.
At the time of the Roe v. Wade decision, I was a college student — an anti-war, mother-earth, feminist, hippie college student. That particular January I was taking a semester off, living in the D.C. area and volunteering at the feminist “underground newspaper” Off Our Backs. As you’d guess, I was strongly in favor of legalizing abortion. The bumper sticker on my car read, “Don’t labor under a misconception; legalize abortion.”
Interestingly, it was an article in a 1976 issue of Esquire magazine that led her to reconsider her position.
How different our country/world might have been, had Roe v. Wade gone the other way.  Today we are used to 5-4 decisions.  On this one it wasn’t even close, 7-2.  And it is chilling to think all this lay in the hands of 9 men to decide. Would it have been any different if there had been female justices on the court in 1973?

Though offered as a solution for the mother, abortion is actually a far greater convenience to those who supposedly care about her.

What we didn’t realize was that, once abortion becomes available, it becomes the most attractive option for everyone around the pregnant woman. If she has an abortion, it’s like the pregnancy never existed. No one is inconvenienced. It doesn’t cause trouble for the father of the baby, or her boss, or the person in charge of her college scholarship. It won’t embarrass her mom and dad.
So there is significant pressure on a woman to choose abortion, rather than adoption or parenting. A woman who had had an abortion told me, “Everyone around me was saying they would ‘be there for me’ if I had the abortion, but no one said they’d ‘be there for me’ if I had the baby.”

For everyone around the pregnant woman, abortion looks like the sensible choice. People think: If she would only go off and do this one thing, everything would be fine. But that’s an illusion. Abortion can’t really turn back the clock. It can’t push the rewind button on life and make it so that she was never pregnant. It can make it easy for everyone around the woman to forget the pregnancy, but the woman herself may struggle.

Near the end Mathews-Greene writes what for me was the most haunting sentence of the whole essay:

Essentially, we’ve agreed to surgically alter women so that they can get along in a man’s world. And then expect them to be grateful for it.
I can’t help but wonder when this kind of awareness will reach critical mass. And what will happen when it does? What other dehumanizing alterations have we submitted to in the name of convenience, progress, and security?

I enjoy Father (now Bishop) Robert Barron’s comments on films.  This latest (8 minute) review of Spielberg’s Bridge of Spies is excellent.  Bishop Barron finds in this film living examples of fundamental virtues so rarely seen these days and reminds us how they are formed in us.

This question emerges frequently these days, most recently in the high profile suspension of a professor at Wheaton College.

The Roman Catholic Church catechism answers in the affirmative stating: “…together with us they [Muslims] adore the one, merciful God, mankind’s judge on the last day”  (paragraph 841).

This is an amazing statement on many fronts.  Muslims emphatically and militantly deny the divinity of Christ and the Trinity which are the foundations of the Catholic faith affirmed by the three primary Creeds of the Christian church. Apparently the RCC sees something in Islam that no Muslim would ever see in the RCC.

Let me recommend this short essay from First Things if you want to follow this further.

I’ve often wondered (with a little cynicism) what would happen to our economy if Christians learned the secret of deep contentment in the love of God.  It might not be pretty.  Our consumer culture requires and nurtures chronic discontentment to keep us in the game.  This post by my “friend” Christopher West tells an interesting story of a young college student at Taylor University who connected the dots between her shopping compulsion, her love of beauty, and her longing for God.  See what you think.  I like the fact that this insight doesn’t ladle out guilt, but demonstrates how, like most of our struggles, this too is rooted in a legitimate God-given desire seeking satisfaction in the wrong place.

St Peter’s was consecrated as a new mission/church plant on March 24th, 2012.  Our charter also identifies this as the Saturday following the Fourth Sunday in Lent.  This raises an interesting “Anglican” question.  Which day should we celebrate?

The Christian calendar is anchored by two holiday cycles: Advent-Christmas-Epiphany and Lent-Easter-Pentecost.  Christmas is always on December 25th, because it is set by the solar calendar. For that reason Christmas can fall on any day of the week.  Easter, on the other hand, may fall anywhere between  March 22nd  April 25th, because it was set in relation to the Jewish Passover, which is determined by the lunar calendar, the phases of the moon.  The flexibility of Easter’s date allows it to always fall on Sunday, where it belongs!  Christmas has to fall  wherever the 25th happens to be.

I think Saturday is a good day to celebrate.  So I vote for marking our anniversary by the church calendar in relation to Easter.  This year the Saturday after the Fourth Sunday in Lent is March 12th.  So mark your calendars and begin thinking of what we might want to do to make it a great day of celebration and thanksgiving. 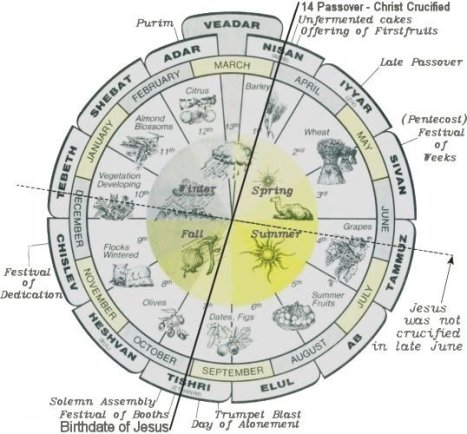 This interview was posted at 3:00 AM today.

For now we will be using our regular traditional language Book of Common Prayer.  Later we may transition to the more contemporary forms being created by the Anglican Church in North America. Here is an update on recent progress of the Liturgy and Common Worship Task Force

In addition to prescribed prayers there will also be ample time for personal prayers and thanksgiving.  For those who are not able to come in person, please feel free to send prayer requests to me by email or text, and we will bring them to our Heavenly Father.

We live in a time of abundant devotional resources. Let me encourage you to consider another wonderful way to experience the Scripture through the Daily Audio Bible which follows the same reading plan as our Read Through the Bible folks are using. The Bible Gateway web resource is synced with the Daily Audio Bible if you want to read along, or read instead of listening. You can choose from dozens of translations for the same lessons.

Finally, for a daily devotional let me recommend the great classic, My Utmost for His Highest, by Oswald Chambers.  This too is available online here.  Let me give you a sample from today’s reading:

Beware of anything that competes with your loyalty to Jesus Christ. The greatest competitor of true devotion to Jesus is the service we do for Him. It is easier to serve than to pour out our lives completely for Him. The goal of the call of God is His satisfaction, not simply that we should do something for Him. We are not sent to do battle for God, but to be used by God in His battles. Are we more devoted to service than we are to Jesus Christ Himself?

This blog post by Christopher West is quite interesting.  Christopher is a young Roman Catholic speaker and writer.  He is also well known and respected in Anglican circles. I first encountered him at the ACNA 2013 Assembly.  His primary focus is a positive, Biblical, life-giving theology of the body, what it means to be male and female created in the image of God, and how our relations with each other, particularly in Christian marriage, are a testimony to God’s nature and intentions for His church.

The blogs are quite active in the aftermath of the Canterbury meeting.  I also see that the discipline of TEC has made national news (with spin).  No shortage of opinions and interpretation.  I am not going to devote much more time and attention to this right now, but this article provides an interesting perspective on why most the GAFCON Primates stayed engaged in the meeting.

This is a remarkable statement.  I believe it sends a clear message.  It will be interesting to see how the Episcopal Church and other sympathetic bodies respond. It will be more interesting to see if the AB of Canterbury accepts and implements the Primates’ recommendation.  The Primates do not have any real authority over the Anglican Communion of which they are a part, so this resolution is far from binding.  It does however at least define the position of the majority of the primates.  While many see this a step forward for orthodoxy  others remind us that we have been here before, with resolutions and agreements that came to nothing in practice.  The Church of England as an established state church is not as autonomous as other Anglican churches, and so will have to also decide how to respond to the ruling of Parliament which has already identified same-sex marriage as a legally protected civil right.  So this story is far from over.  This statement from Archbishop Eliud Wabukala of Kenya gives helpful additional perspective.